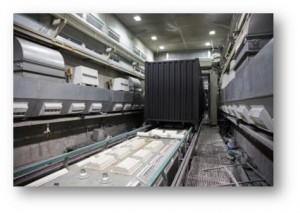 The latest “COA Report on Waterborne Coatings” has been published. The Report reveals that there has been a move towards the use of water borne coatings during the last year: production of containers using water borne coatings has increased dramatically, from about 20,000TEU in 2013 to approximately 130,000TEU in 2014. However, this figure still represents just 4 percent of the overall production of 3,300,000TEU of dry containers. And of these 130,000TEU painted with water borne paint, 120,000TEU were built at one particular container factory. With this exception, most factories are still only running very limited water borne production runs. The Report confirms that it is still not possible to predict if the industry will switch to water based paint of its own choice or whether it will be driven to make it by increasing restrictions on the emissions of VOCs in China.

Introduction
Update on current status
Problems associated with the use of solvent based paints
Water borne paints and other possible alternatives
Problems involved in switching to water borne paints
Comments by paint manufacturers
Comments by container manufacturers
Current status of government regulations in China
The Report can be downloaded by Members. Click on the link above